Lazy Day, TrueMendous & more announced for the ReBalance showcase at The Great Escape

ReBalance has gone from strength to strength since its launch and we’re pleased to announce that we’ll have our very own showcase at this year’s The Great Escape Festival. Taking place on Thursday, 9th May at The Queen’s Hotel in the AIM House, Festival Republic together with PRS present a matinee show that’s not to be missed.

We’ll be welcoming London’s own Lazy Day, freestyling storyteller TrueMendous, indie dreamboats The Van T’s, Scotland via Leeds’ Tamzene and Brighton’s very own Projector who are fast becoming one of the nation’s most talked about buzz bands. 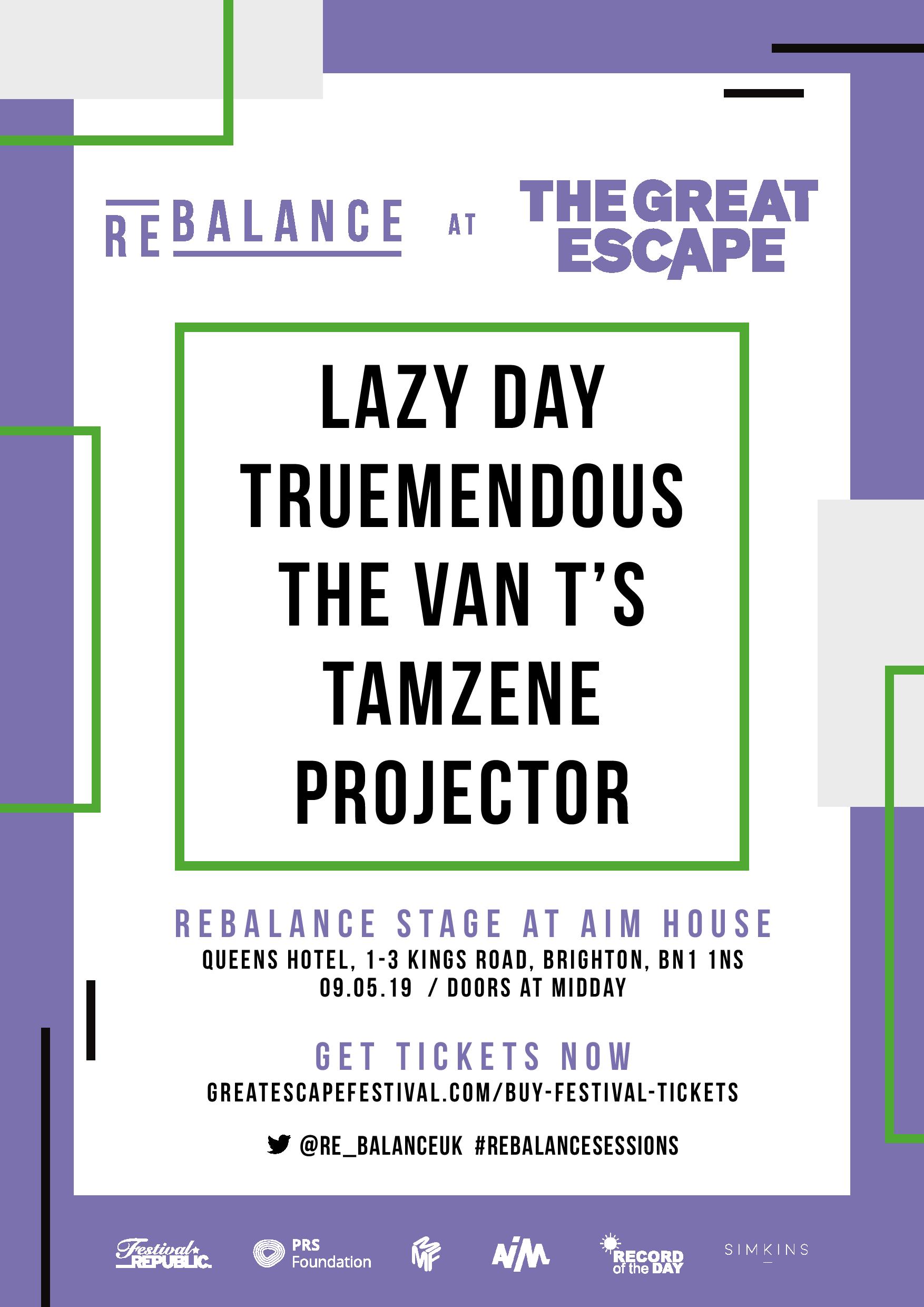 Launching in 2017, Festival Republic together with PRS Foundation has seen hundreds of nominations and industry panellists, resulting in 13 finalists for the ReBalance programme which provides five days of recording time in Old Chapel studios to a UK based core female identified band, musician or solo artists, as well as a slot at a Festival Republic or Live Nation Festival.

The success doesn’t stop there either, The Van T’s have landed themselves a gig with the legendary Foo Fighters at their Glasgow date on the 17th August, while Lazy Day will support Bloc Party in both Manchester on the 5th July, and Glasgow on the 9th August.

The spirit of 90s punk came alive at Latitude Festival last year with Projector dominating The Alcove Stage, and now the Brighton three-piece are doing the same all over the UK with fellow punk rockers The Xcerts including earlier this week at The Garage in London.

2019 is looking to be a great year for other acts too, as festival slots have been confirmed for Æ Mak and TrueMendous at Reading & Leeds Festival, Lady Sanity joins the Wireless Festival line up and Community and Latitude have Lazy Day added.

Keep up to date with all things ReBalance and the artists we champion by following us on Twitter and Instagram.