Congratulations on becoming part of ReBalance, how has joining the initiative helped you?
Thank you! Over the summer I recorded my debut EP as a result of joining ReBalance. It was truly a great experience recording original material with Yvonne Ellis. The feminine energy was so refreshing and something I hadn’t previously experienced within a studio.

How important is it that we address gender imbalance within the music industry?
SO IMPORTANT! Like any issue of inequality, it needs to be tackled head-on and ReBalance are doing such a good job of this. It’s disappointing that people are still experiencing gender inequality (amongst many other inequalities) in the 21st Century. So it’s essential that companies like ReBalance and other allies are around!

What struggles have you faced within the industry and what advice do you have to those going through the same things or trying to get a foot in the door?
I think my advice would be to understand how others may differ from you within the industry and accept the fact this may alter your experiences and opportunities, for good or bad. Unfortunately, then you have to realise that you may have to work twice as hard to get to the same place as others. But saying this, I have been extremely fortunate in many respects having had many chances to work with other musicians, gig around the UK & work with organisations, such as ReBalance, Come Play With Me, PRS Foundation & Festival Republic. Nevertheless, it still really annoys me to walk into a practice room and see 90% males. Also, I’ve found that it’s HELLLAAAA hard to find female musicians that suit your musical style and vibe.

Who has influenced your sound?
Honestly, at one time or another, I’ve been obsessed with so many artists. I always find this such a restricting question ‘cos I’ll be obsessed with Sidsel Endresen one month, Charles Bradley another, Fiona Apple the next month, Dark Dark Dark the following. But saying that, Nina Simone, Amy Winehouse, Ella Fitzgerald, Otis Redding, Billie Holiday, Chet Baker etc. never get old. 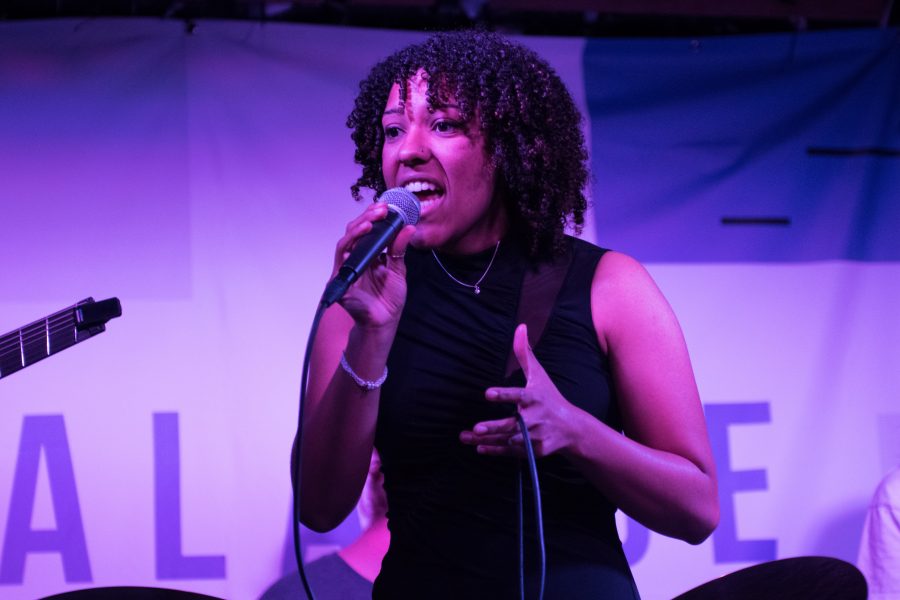 What’s your favourite memory from performing at a festival?
The whole vibe of the venue being either outdoors or in the middle of nowhere, surrounded by nature gives me a sense of contentment. It gives me time to go on mini adventures before or after the gig as a form of escapism. The way people enjoy music at festivals is amazing, they seem so happy. The fact people will stand out in the rain to watch your set is sumin’ else!

Who are 5 female/female identifying artists who you think will be the next big thing?
Ayyy there are so many! I honestly wouldn’t be able to pick.

Where do you draw your inspirations from?
A lot of the time it’s from singular tunes that I listen to non-stop. I mostly connect with downbeat tunes, in which the lyrics are a dominant feature and the voice captures a certain emotion or story.

Where would you like to see yourself this time next year?
Releasing my EP early next year! Touring, releasing more music, being creative through visuals, working to spread awareness through creativity and growing my audience. My goal is to simply perform to people who enjoy my music. I couldn’t give a f*** about anything that comes with it.

Find out more about Maya: